All Collections
Workflows
Formulas
How to Import Workflows from Formulas

How to Import Workflows from Formulas

Import pre-defined workflows from formulas that other users have shared

Written by Steve
Updated over a week ago

While you're able to create your own workflows from any API endpoint you'd like to collect data from, many users find it easier to import existing workflow definitions that other users have already shared.

Each formula consists of one or more workflows that may be chained to one another, meaning that executing one workflow will send the results of itself as the inputs to another workflow in the formulas.

To get started, simply find the formula you'd like to use, scroll down and click the "Import" button. 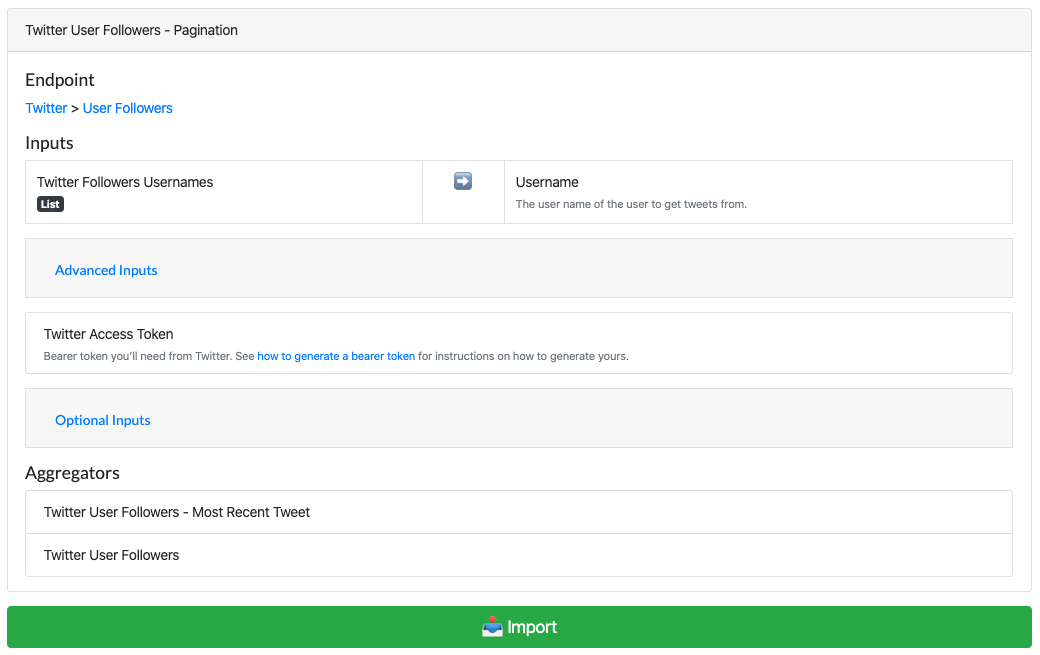 Once you've imported the workflow(s) in the formula, they will be copied into your account (so you can make modifications) and you will be presented with the first workflow in formula that you just imported. 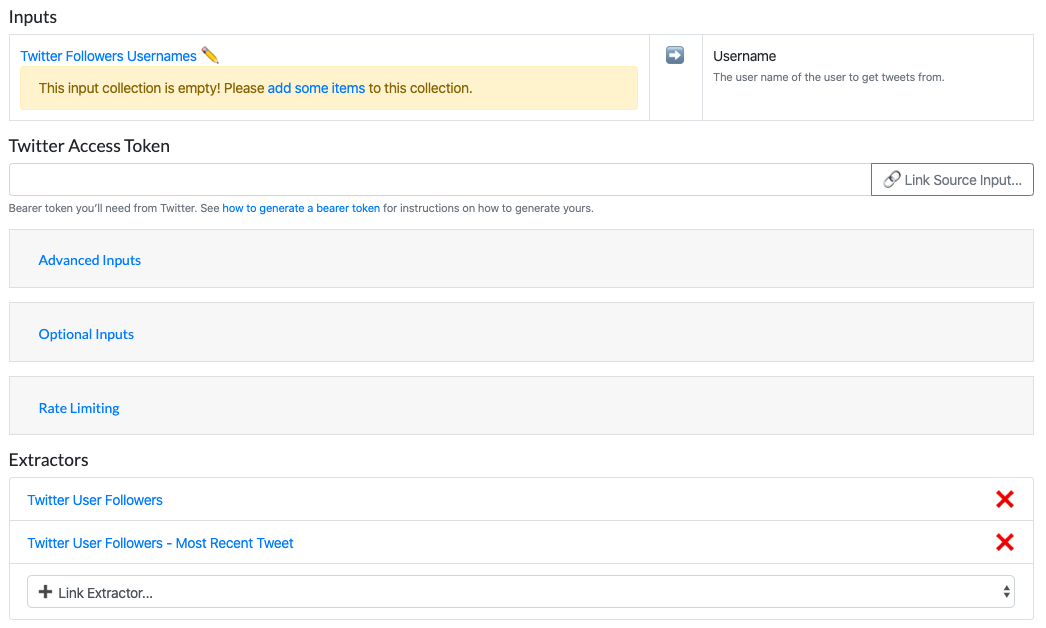 You'll typically be prompted to enter some inputs, such as the Twitter usernames and Twitter Access Token as in this example! From here you'll probably want to follow the steps and execute the workflow, or you can totally customize your workflow and experiment. If you make a mistake, you can just re-import the same formula again!

Browse Formulas
Did this answer your question?